WHITE PLAINS, NY (Westchester County Court), following a three-week trial involving expert witnesses from across the country and thousands of pages of evidence, Westchester criminal defense attorney Stephen Riebling proved that his client, an Uber driver, was “Not Guilty” of three criminal counts, Sexual Abuse in the First Degree (D Felony), Assault in the Second Degree (D Felony) and Unlawful Imprisonment in the Second Degree (A Misdemeanor). The case concluded with a unanimous jury verdict on “Not Guilty” on all counts.

The acquittal came just as Uber was publicly reporting the results of its internal study detailing unsafe incidents on the ride-hailing platform. Specifically, the study found that in the United States in 2018, there were 3,045 reported sexual assaults during that time period. The number of reported sexual assaults by Uber was significantly higher in comparison to the reported 533 incidents of sex crimes and rape as registered in the NY transit systems by the New York Police Department in 2018. It is worth noting that the Uber study covered reports of sexual assault alleged by both drivers and passengers and it did not disclose the specific perpetrators involved in the study. Significantly, the number of sexual assaults cataloged was on the rise, with 2,936 assaults reported in 2017.

The Uber study defined sexual assault as ranging from “unwanted kissing” to a “nonsexual body part” to attempted rape and rape. The largest category involved the was the non-consensual touching of a “sexual body part” such as someone’s mouth or genitals.

The allegations of the case defended by attorney Stephen Riebling in the Westchester County Court were stunningly similar to the types of cases reported in the Uber study. Those allegations accused his client, an Uber driver, of starting an Uber trip in downtown New York City, traveling through the Bronx, NY and stopping on the shoulder of the Hutchinson River Parkway in Westchester County, NY. The passenger claimed that Mr. Riebling’s client exited the vehicle and sexually assaulted her while she slept in the backseat. The passenger detailed a physical altercation after the sexual assault, lasting more than ten minutes, during which she claimed that her right shoulder was fractured.

The accusations were horrifying and the charged crimes were incredibly serious. If found guilty, Mr. Riebling’s client faced years of incarceration, a lifetime on the sex offense registry and possible deportation.

Westchester defense attorney Stephen Riebling undertook a comprehensive analysis of the allegations, specifically the thousands of pages of technical data collected by Uber, the client’s cell phone and the passenger’s cell phone. What Mr. Riebling found was that the incident as alleged by the passenger could not have occurred and his client was actually innocent of all charges. The exonerating materials were discovered as Mr. Riebling analyzed the GPS data obtained from Uber, the passenger’s phone and his client’s phone. Under Mr. Riebling’s cross-examination, both the Intelligence Analyst from the Westchester District Attorney’s Office and the technical engineer from Uber confirmed that the GPS data, when combined with the speed data of the vehicle and passengers, showed that vehicle never came to stop as alleged by the passenger. This meant that the sexual assault as alleged by the passenger could not have taken place.

In addition, Mr. Riebling conducted a lengthy cross-examination of the passenger exposing numerous inconsistencies in her “story.” Mr. Riebling argued that the “truth does not evolve” and he thoroughly revealed that the passenger changed and/or omitted very important details from her story each and every time she told it. Other phone records revealed that she was not truthful about what she did and said both before and shortly after the alleged event took place. Additionally, a security video taken shortly after the alleged assault wholly contradicted the passenger’s account of what occurred at the end of the Uber trip.

The jury considered all of the evidence, particularly the revelations exposed by Westchester defense attorney Stephen Riebling, and delivered justice for Mr. Riebling’s client. The jury returned a unanimous verdict of “Not Guilty” on all counts.

Since the verdict, Mr. Riebling has reached out to Uber to help them understand the circumstances of the case and possibly improve protections for both passengers and drivers. In light of the recent Uber study, Mr. Riebling hopes that his approach and analysis can be used proactively.

When it comes to cases involving allegations of sexual abuse in Westchester County, NY, it is important to remember that there are instances where those allegations are fabricated and motivated by other factors, including money or animosity. However, prosecutors may not recognize the true nature of these types of cases and often overlook the claims of innocence and actions of the accused. A rush to judge by investigators and prosecutors can sometimes overshadow the true facts of a particular circumstance and the presumption of innocence under our laws.

Mr. Riebling’s client was fortunate enough to have a criminal defense attorney who fought to make sure that his rights were protected and that the law was followed.

Stephen Riebling is a partner and criminal defense attorney at Riebling & Payton, PLLC, with offices in Mount Kisco, NY and White Plains, NY. They are available to assist anyone accused of crimes throughout Westchester County, NY, New York City and the surrounding areas. You can learn more about Mr. Riebling and Riebling & Payton, PLLC at www.westchesterdefenseattorney.com or by contacting them at (914) 712-6878. 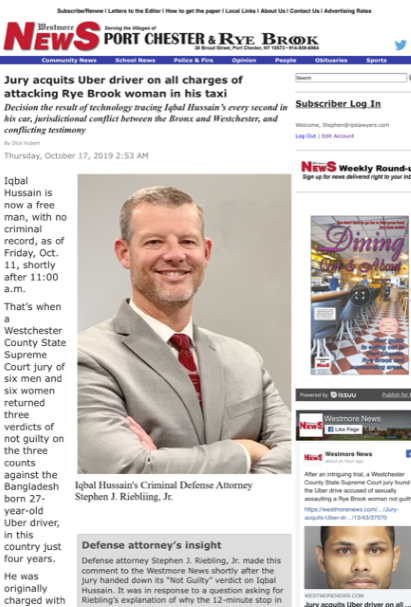 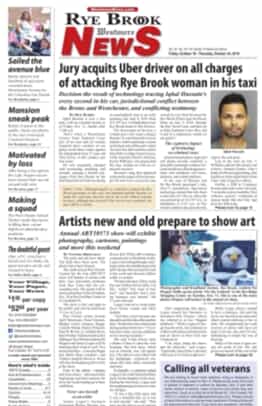 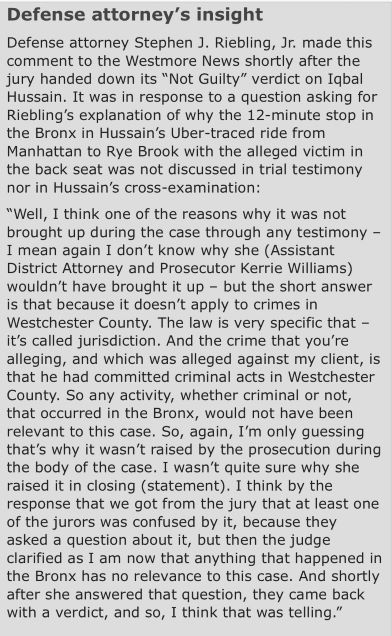